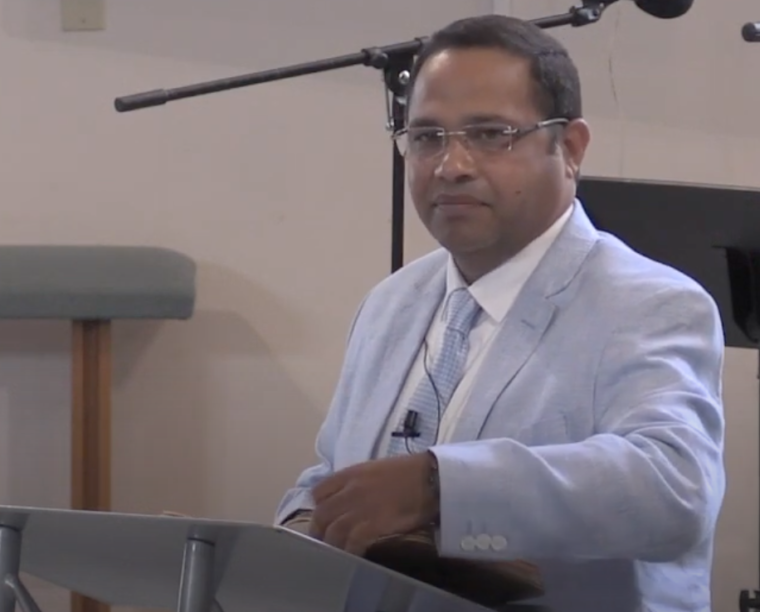 Viju Philip, our lead Pastor along with his wife Jessy are in Lord’s vineyard for over 25 years. He’s a church planter, having planted churches in India and Middle – East; an Evangelist’ proclaiming the Gospel through various television channels; and an educator. He believes his job is to re-dig our spiritual father’s wells.
Jessy is trained in Psychology and apart from standing along with Pastor Viju in Lord’s work, has several years of experience as a trained counselor.

Pastor Viju was born in South India, but was raised up in Nagpur (Maharashtra – Central India) and in Jabalpur (Madhya Pradesh – North India). He did his higher studies in the US. As an answer to a vision shown by God, he along with their son Steven went to a village outside of CHENNAI, pioneered a TAMIL CHURCH and a K-10 SCHOOL for the community. After 13 years in Chennai, the next mission stop was Kuwait where also a church was planted.
Viju and Jessy are blessed with 3 sons, Steven, Jeremy, Rufus and a girl – Aradhanaa.